What IS Music Therapy? 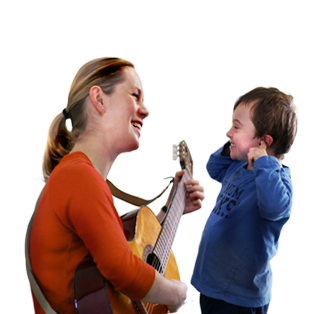 What IS Music Therapy?

by Teri Mock August 21, 2020 Comments Off on What IS Music Therapy? Desert Sounds of Wellness, Music Services, Music Therapy

In nearly twenty-two years of training and practice in the field of Music Therapy, I have come to realize that this profession, which I absolutely love, is one of the best kept secrets in the medical community. In 1992, when I began my Music Therapy journey, people would ask me, “What are you studying?”
“Music Therapy.” I would reply with a grin.
“What’s that?” They would ask with a frown.

Once I had graduated and opened my private practice in southern Arizona, people would ask me, “What do you do?”
“I am a Music Therapist.” I would reply with a smile.
“What’s that?” They would then ask.

This same conversation went on for years. I varied my responses, tried different definitions and wondered if Music Therapy would ever get beyond the “What’s that?” stage”

“What do you do?” someone would ask me at a conference, meeting or in my community. “I’m a Board-Certified Music Therapist.” I would reply, then I’d wait for it. Occasionally, I would still receive the standard “What’s that?” But more often, I would start to get variations like, “Oh, I read something about that in one of my magazines. What is it that you actually do?” or “Is that a real profession?” or, my favorite, “I do that.”
“Really?” I’d ask, “You’re a Board-Certified Music Therapist?”
“No,” would generally be the reply, “I play the radio,” or “I sing in the shower,” or “I do Music Therapy by playing at the local nursing home for the folks there.”

Ahhh……I would think. We’re still behind the eight ball if people think that the entertainment is Music Therapy or that they are “doing” Music Therapy every time they flip on the car radio or step into the shower.

So, what exactly IS Music Therapy?

Music Therapy is the enhancement of human capabilities through the planned use of musical influences on brain functioning. A Music Therapist designs musical experiences to target specific areas of the brain in order to elicit predetermined changes in the way those areas of the brain function and govern themselves. All Music Therapy goal-directed interventions are aimed at enhancing the functioning capacity of each client’s brain.  -Taylor, 2010

Further, Music Therapy, is: “an established healthcare profession that uses music to address physical, emotional, cognitive, and social needs of individuals of all ages.” It improves the “quality of life for persons who are well and meets the needs of children and adults with disabilities or illness.” -AMTA, 2007

Board-Certified Music Therapists assess the strengths and needs of each client, and develop an individualized treatment plan which may including creating, singing, moving to, and/or listening to music. Through musical involvement in the therapeutic context, a client’s abilities are strengthened and transferred to other areas of his/her life. Music Therapy interventions may be designed to: promote wellness, manage stress, alleviate pain, express feelings, enhance memory, improve communication and promote physical rehabilitation. Research in Music Therapy supports it’s effectiveness in many areas such as: overall physical rehabilitation and facilitating movement, increasing people’s motivation to become engaged in their treatment, providing emotional support for clients and their families, and providing an outlet for expression of feelings.  -AMTA, 2007